Showing posts from April, 2006
Show all 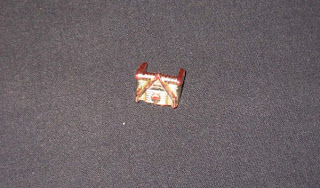 Okay, so it turns out we'd dug them all out of storage, not just the Star Searcher.
So how did my memory hold up? I finally know where all of the yellow parts are from - the almost vanished Rhodium Orbiter!The Crater Cruncher does have both scoop supports, and is in playable conditionI'd tried to turn the Aquatron into the mission pod for a Nebula-class starship at some point, so I had to take it apart and put it back together. No harm done, but it's missing lots of pieces.Photon Sled - if you don't mind popping wheelies, it might be playable.Star Searcher - it's the one missing a scoop support, but otherwise stil unabashedly awesome!The Interplanetary Headquarters is the mere potsherds of a lost civlization.Acroyear got in and out of the Star Searcher's hidden compartment one too many times and is down a leg. At least he came with prosthetic wheels!The Time Traveller is just a ghost of his former self.And to round it out, there's Battlestar Galactica the way…
Post a Comment
Read more

Crap I had as a kid: Micronauts

By Joshua Bell - 2:08 AM
In the new "Crap I had as a kid" category... with commentary that points out which of the removable parts went to the big sandbox in the sky first. 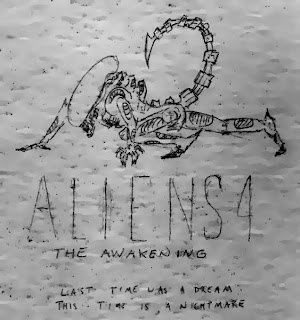 So I can't draw, but I was obsessed with Aliens (acid for blood, facehugger/chestburster... that kind) when I was attending University that I attempted some drawings. One graced the cover of a binder (yeah, the kind with a velcro closure on it).
Somehow I managed to save the binder cover, and when I ran across it today I realized that the ink was fading badly so I scanned it. I only had a few minutes to play around in Photoshop, but here's the result.
(The caption reads "ALIENS 4 - The Awakening" and "Last time was a dream/This time is a nightmare" - this dates from before Alien Resurrection came out, when fans of Aliens could still hope for a Dallas-style recovery from the disaster that was Alien^3). 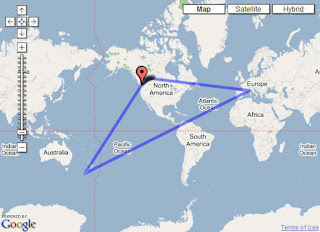 Note that the resulting shape isn't a convex hull of my travels. To do that it would have to include London, England and Hawai'i, USA.
And yes, I could have done the map with New Zealand on the right, so I'd have a bigger area, but that would be cheating.

They don't have any protein!

By Joshua Bell - 5:00 PM
In NZ we all shared a hotel room each night, so Caspian got used to sleeping close to us. Now that we're back he's had a hard time - his imagination is running strong, and so any little thing that wakes him up can trigger monsters (the bad kind, not like Cookie or Harry).
Su was comforting him after a waking-up incident, and saying things like "you have your Care Bears here to protect you," which apparently lead to a conversation about what Care Bears ate. Susan said, "They eat cloud sandwiches" which lead to the quote: "But those are just made of air, they don't have any protein!"Susan then said she'd give him a magic "good witch of the North" kiss, to which Caspian responded:
"But that's too powerful!"He also said he "couldn't be Luke [Skywalker] brave, but I can be shot brave, like when I was little and didn't cry when I got a shot."

I also taught him a trick I learned (far too late, IMHO) of lettin…
Post a Comment
Read more
More posts