Showing posts from May, 2008
Show all

By Joshua Bell - 3:12 PM
Speed Racer Saw it in IMAX. Harmless family fantasy fare. We went in expecting an eye-candy homage to the cartoon and weren't disappointed. I can't imagine ever watching it again, but it entertained us. The Chronicles of Narnia: Prince Caspian My bar: "Was it good enough that they'll make Voyage of the Dawn Treader ?" Apparently, yes - $96M so far. Yay. The actual plot of the book itself is rather short, and unlike LWW or VDT focuses on atmosphere, character development, and parable. (In the lovely form of "If your friends didn't have the faith to jump off a bridge, why should that stop you?") It can be summed up as "the Pevensies appear in Narnia, note that it has aged a thousand years, meet a dwarf who provides details in flashback, and trump across the world being teased by Aslan. The boys arrive in time to rescue Caspian from some nasties in a cave, then defeat his uncle in single combat, while Aslan and the girls wake up the pagan
Post a Comment
Read more

By Joshua Bell - 3:47 AM
So we were out for dinner with friends last night, whom we know via their daughter who is probably Caspian's best friend. There was a prize bit of conversation: Caspian says:  [she] is my very best friend.  I think we should get married, when we’re older.  We can go to the president, and if he says it’s okay, then we can do it.  We’ll have a real small party, just a few people… *turns to her* unless you want a big party, then we’ll have a big party.  And we can have 8 kids… Friend: Whoa… I don’t think I’m up for that. Caspian:  Okay, two then.
Post a Comment
Read more 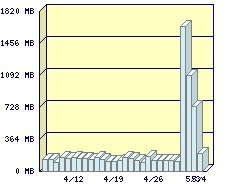 A Lot of Pressure