Showing posts from June, 2006
Show all

By Joshua Bell - 11:34 AM
Back in January I mentioned that I felt old fashioned: I still pay for a landline I carry a PDA, not a smartphone  I only run one IM client I buy my music online, but on plastic things called "CDs" I’ve only bought a few ringtones and games for my phone. (And $5 for a MIDI file seems outrageous!) I only download obscure TV shows over P2P I still use e-mail to communicate with my friends I have more stuff stored on my hard drive than in the cloud Time for some updates: Su and I are planning to cut the landline in SF. We get WiFi and Satellite TV with our rent, so apart from wireless phone service we'll have cut down on our utility dependencies a little. My PDA is now a PocketPC Phone, which is like a Smartphone on steroids. I'm very happy with it. As of tomorrow, I'll have a Mac laptop for work. I have multiple blogs/domains: This one: http://inexorabletash.spaces.msn.com The old-school family site on a Unix box: http://www.calormen.com My map site:
Post a Comment
Read more 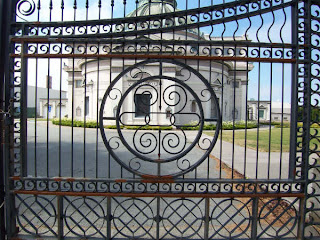 Today was my first full day back in San Francisco. And while I wanted to get out I wasn't feeling particularly adventuresome, so after sleeping in I visited some old haunts. Sloat Garden Center is a few blocks from where we used to live, in the Inner Richmond district. Hidden in a residential block, it's a pretty nice gardening store for urban gardeners. The Toy Boat Cafe on Clement St. has food, deserts (lots of ice cream) and toy - on display and for sale. I hiked up to Green Apple Books and picked up a new Stross ( Glasshouse ), a new Vinge (Rainbo's End) and an old Reed ( Sister Alice ). Both Stross and Vinge's writings are heavily influential on... well, the entirely forward-looking community that I'm trying to get myself formally indoctrinated into. Reed's work is very different. I'll admit that most of my favorite contemporary authors (Stross, Morgan, Doctorow) and even some of the old standbys (like Vinge) are excellent authors but the stories ha
Post a Comment
Read more
More posts